Five points for service. What does that tells us? 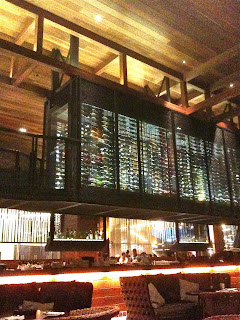 We, along with a lot of other people consult the SMH and Age “Good Food Guides” from time to time to check out places we might eat. These guides score each eatery out of 20. Five of the 20 points are allocated for service and 3 for ambience. In describing the review process (SMH Good Food Guide 2010, page x), the editors say, “If we wouldn’t feel comfortable recommending a restaurant to a friend, we won’t include it.”
This comment raises an interesting question—how well does the review process capture the full range of reasons that the friend might go to a restaurant and so, how useful is the recommendation?

Based on extensive research and consulting in the food & beverage sector, we have developed a framework for evaluating restaurants and cafes; a framework that has been useful for our clients in helping them to establish a clear perspective when assessing how well their own venues are functioning.

Among other things, the framework highlights the fact that people go to restaurants for a range of reasons. Indeed, the same person might go to the same restaurant for quite different reasons on successive visits. The important thing about this observation is the implications that it has for the kind of service a person experiences.

For example, a group might go from the office to have a working lunch. In this case the restaurant is an extension of the office and the group wants to focus on the work they are doing. The last thing they want is continual interruption from waiters hoping to discuss food, wine and “how is everything?”
One member of the group might go to the same place in the evening with a prospective client. Now, they want to be recognized; they want to have the waiters congratulate them on their knowledge of the wine list. The aim during this meal is to impress a guest.

Food court restaurants and cafes can usually get away with a service monoculture. People typically drop in for a quick pit stop to revive while shopping or waiting for a movie and they are in the restaurant to satisfy basic needs rather than savour the experience. Restaurants and cafes that set out to provide a memorable experience need to be more adaptable. This adaptability means training staff to recognize when a client sees the motivation for the meal as work, as an opportunity to make an impression, as a celebration and so on. Staff that make these kinds of distinctions and respond appropriately go a long way toward building customer loyalty.

I wonder exactly what kind of service culture is reflected in the Good Food Guide score?
Posted by Rob Hall
Posted by robbo793 at 3:23 PM No comments:

What goes around, comes around

At the beginning of January, I spent several days in Canberra visiting museums, galleries and heritage places with my sister who hasn't been there for decades.

The visit reminded me how much work we have done for various Canberra institutions over the years. Among many other places, we enjoyed Reconciliation Place which extends across the landscaped area between the Library and the Portrait Gallery. I recall that we surveyed visitors in connection with the renovation of the Arts and Humanities Campus which is the open space between Questacon and the Library. Visitors wanted some practical elements incorporated into this area, especially more shade and a sheltered picnic/BBQ facility. Families and school groups put particular emphasis on this.

This image shows how the designers incorporated the sheltered picnic area into the formal setting. I think it works quite well.


We see in today's Sydney Morning Herald, that the ANU will partner with the Smithsonian to operate a national museum of astronomy and space science on Mt Stromlo, outside Canberra.

The vice-chancellor of the ANU, Ian Chubb, said the partnership would ''create something wonderful for Australia. A museum on Mount Stromlo, which is an active hub of leading-edge international astronomy and space research, will ensure we inspire future generations of young Australians to look to the skies."

The ANU and the Smithsonian are partners in the billion-dollar Giant Magellan Telescope, which will be more than 100 times more powerful than the Hubble Space Telescope and allow researchers to study the whole history of the universe and other Earth-like planets.

An astronomy and space science museum on Mt Stromlo makes sense and I think it will be an attractive addition to the cultural institutions in Canberra, especially with the partnership with the Smithsonian.

We have seen a number of proposals for museums in Canberra that lacked this logic and did not get off the ground, so to speak.

We look forward to the ongoing enrichment of Canberra's cultural institutions over the coming years.

1. Anticipation
This phase involves thinking about and planning the outing. Key decisions are made here – when to go, how to get there, how long to stay, what to take, what other things to do on the outing.
Our research explores decision-making in addition to describing the inner landscape of assumptions, expectations and attitudes. 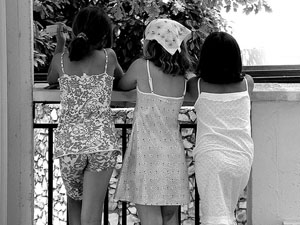 2. Travel to
This phase involves travelling to the venue, parking, costs and access.
Our research describes modes of travel and expectations, as well as wayfinding and accessibility. Travel time can be used as one measure of economic worth. 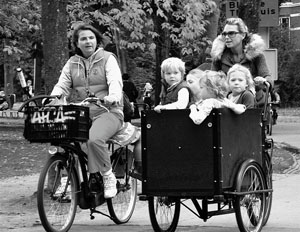 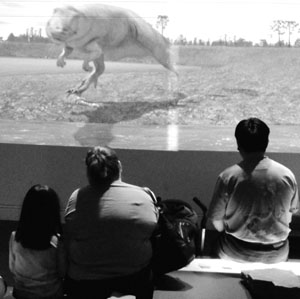 4. Travel back
This phase involves the return journey.
Our research describes modes of travel. We have also explored the conversations that take place on return trips. 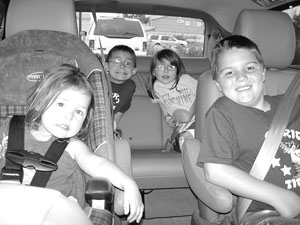 5. Recollection
This phase involves the many ways that outings and events are recalled, shared and commemorated. For children, play is an important form of recollection, while visitors to art exhibitions often find that the catalogue helps to consolidate memories and recall them years later.
Our research has explored the way outings and events are recalled in timeframes such as: immediately after, 2-3 weeks later and several months later. We have studied learning outcomes for museum visits. 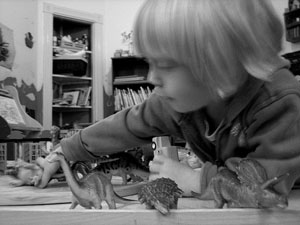 The Five Phases were first proposed in 1966 by Clawson and Knetsch in the context of leisure activities.

Posted by Gillian King at 4:49 PM No comments:

Based in Sydney, we work all over Australia. Established in 1988, we have a depth of experience to support our advanced technical skills.

Visit our website Environmetrics Pty Ltd, for more information about our services.